Blackbird’s monthly chat with talented leaders and rising stars in our community, this month with Lucy Lloyd, co-founder of Mentorloop. 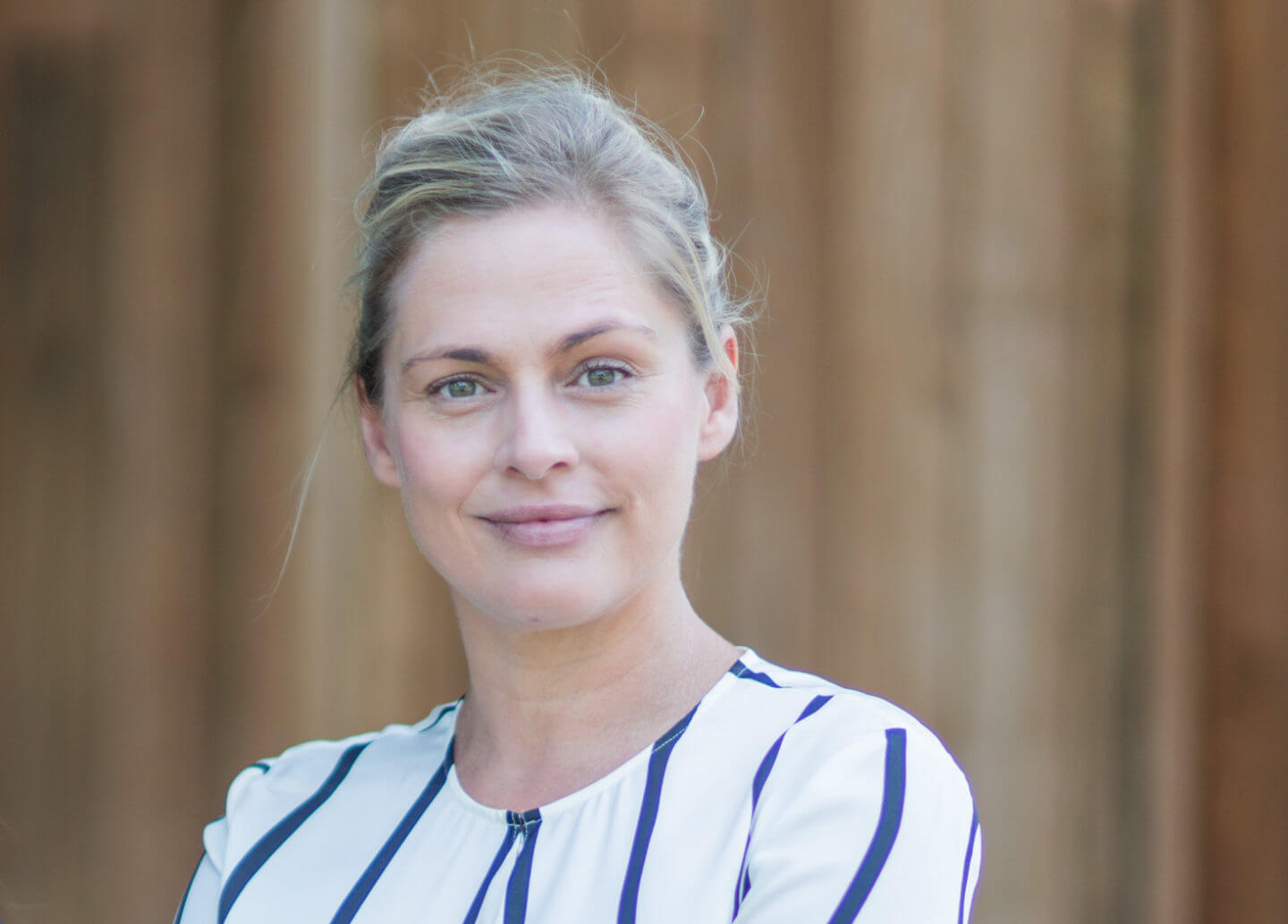 It was a chance meeting at a school scholarship exam that first brought Lucy Lloyd and Heidi Holmes together. Both recognising the “awkwardness of the situation”, and feeling like outsiders, they struck up a fast friendship that has endured 25 years later.

They’re also the co-founders of Mentorloop, a cloud-based mentoring software platform that enables organisations to build effective mentoring programs at any scale. Today, Lucy, Heidi and their team at Mentorloop have helped more than 30,000 people through the feedback, progress and belonging that meaningful mentoring provides.

We chatted to Lucy about the tipping point for going all-in on Mentorloop, why purpose trumps pay checks, and how to create the conditions for mentoring of all kinds to flourish at scale.

B: You and Heidi have been friends well before founding Mentorloop. What's your earliest memory together?

LL: Heidi and I are both country kids - we grew up in different parts of regional Victoria. So we first met in the big smoke - at a scholarship exam for a school here in Melbourne when we were 14 years old. We were standing around this huge city school, waiting for the exam to kick off, and everyone there knew each other, and seemed like entirely comfortable city-based kids. Heidi and I were on the periphery, and made eye contact a couple of times before she approached and said hello! Our mutual acknowledgement of the awkwardness of the situation kicked off a friendship that has now lasted 25 years.

B: What was the moment that convinced you to go full time on Mentorloop?

LL: We worked on Mentorloop as a side thing for ages before we jumped to full time. It was a conversation, then a project, then a very rickety platform, then eventually we had a couple of customers, but we were unsure about making the full leap into full time. Looking back, it was probably the most tense we’d ever been - with each other as founders, and with Mentorloop. Asking ourselves will we; won’t we; is one of us more or less committed to this thing, or what?

In the end, we made the decision around a point of external validation. We had a discussion where we decided - if we can get investors to back us, if we can raise say $200K+ to run hard at Mentorloop over the next 12 months and really make a go of this thing - then we go all in. So the pressure shifted to giving ourselves the best chance of raising some pre-Seed capital, speaking to other founders, advisors and investors to knit together a funding round that would give us a meaningful chance to get a solid Mentorloop product to market.

We ended up raising $275K with that round. Making it about a point of external validation - i.e. investment - distanced ourselves from the emotion of the decision, and we haven’t looked back.

B: Workplace culture has been undergoing some rapid changes over the past couple of years - what are some of the key developments you've observed in your work at Mentorloop, and how are you building alongside these trends?

LL: Even before the past couple of years, the “Future of Work” was getting a lot of traction as a movement, a philosophy, a wave of change in how people consider their work, and where we look for meaning. The pandemic accelerated this, and accelerated the need for companies to become more flexible, but also to provide more than a paycheck to their people.

In particular, we see people looking for two things: one is a feeling of connection to a community, a tribe, something bigger than themselves, and the other is a feeling of making progress, in their career, their capability, or both. Mentoring is a natural, scalable way to achieve both of these outcomes across organisations.

If companies are going to counter the “Great Resignation”, they need not only provide more ways for their people to connect and develop, but also redefine how they attract, onboard and even offboard people without ever meeting them in person. They can’t do this without forging meaningful remote human connection between their people. A paycheck might get us to a job, but it’s the purpose, and the people we work with that make us really engage, grow ourselves and within our teams, and reach new heights or performance.

B: What are the key traits of a successful mentoring relationship?

LL: At Mentorloop, we believe that you can’t force mentoring magic, but you can definitely create the conditions in which it can flourish, at scale. Our approach follows three key pillars:

1. Match. We ensure that we make mentoring matches based on goals and outcomes, rather than on e.g. a demographic or just “having something in common”. Great mentoring often comes from a contrast of perspectives - for both parties. Avoiding the “something in common” rationale for matching also drives diversity, equity and inclusion outcomes - empowering people to make those non-obvious connections that cut across traditional advocacy pathways.

2. Momentum. You have to meet people where they're at in their journey. Mentoring relationships can take on a variety of timelines, and so we pave the way with relevant training, resources, and a nudge in the right direction. We prepare the mentee to drive their own development, and the relationship itself. We do this by teaching them the fundamentals - making the ask, setting up that first meeting, developing an agenda. If the mentee is in the driving seat they’re going to get a relationship that answers their needs, and their current goals, while it frees up the mentor to relax and just add value. For the mentor - we advise them to share their experience, rather than just dispense advice. Mentoring is about guiding someone to an answer that they actually already have, but they may need help arriving at conviction to act. We advise our mentors first to listen, to understand, and then to help illuminate - but never to dictate.

3. Measure. The best matches are outcomes-based, so it’s important that both mentee and mentor approach their relationship with a clear goal. Why are they here, what do they want to achieve in their mentoring relationship, and what will it look like if they succeed? Once you’re matched, you’re underway, you’ve got a rhythm of meetings set up - then its time to build in reflection to your mentoring relationship. Make space to reflect on how you’re going, recalibrate your goals if necessary, and to acknowledge (and express gratitude!) for the progress that you’re making.

B: Tell us one of your favourite customer stories.

LL: Recently we’ve seen a new generation of mentoring programs emerge - outward-facing from a company to benefit a community, rather than purely internal.

For example, Linktree's program pairs their employees with people from under-represented groups in tech, including asylum seekers, or women experiencing disadvantage finding work, to learn from Linktree’s diverse set of skills and experience. This empowers employees to contribute to change in our industry in a meaningful way. There are layers of benefits for the company and the participants, and reflects the trend we’re seeing of companies thinking about their positive impact through mentoring out in the wild.

B: What most excites you about the future of Mentorloop?

LL: The most exciting thing to us is the team we’re building. We’ve got 12 here in Australia, a couple in the UK, and we’ve found that the pandemic has really changed how people prioritise what they look for in an employer.

Mentorloop is a certified B Corp, meaning we’re building a company that is a force for good in the world beyond just the product that we put out there. More and more we find candidates seeking us out based on this certification and the way we pledge to operate, and it’s wonderful to build a team of diverse, enthusiastic people motivated to connect people in life-changing mentoring relationships.

A book you couldn't put down: My Year Of Living Vulnerably by Rick Morton. Morton is a journalist with the Saturday Paper, ex-The Australian, and this is a beautiful meditation on the neuroscience of human connection, and the patterns we carry into relationships. He’s also worth following on Twitter.

A podcast you never miss: All Killa No Filla, a couple of comedians analysing famed serial killers. Turn off the news about vaccine hesitancy amid a global pandemic and tune into some nice murders. (The early stuff is best… later there may in fact be a bit of filler.)

The last great article you read: It’s about 6 months old now, but this New York Times piece is one that our team has referred back to a number of times as we all navigate 2021, and give ourselves a break it we’re not feeling quite as productive as we’d like.

Learn more about Mentorloop and launch your best mentoring program yet here. 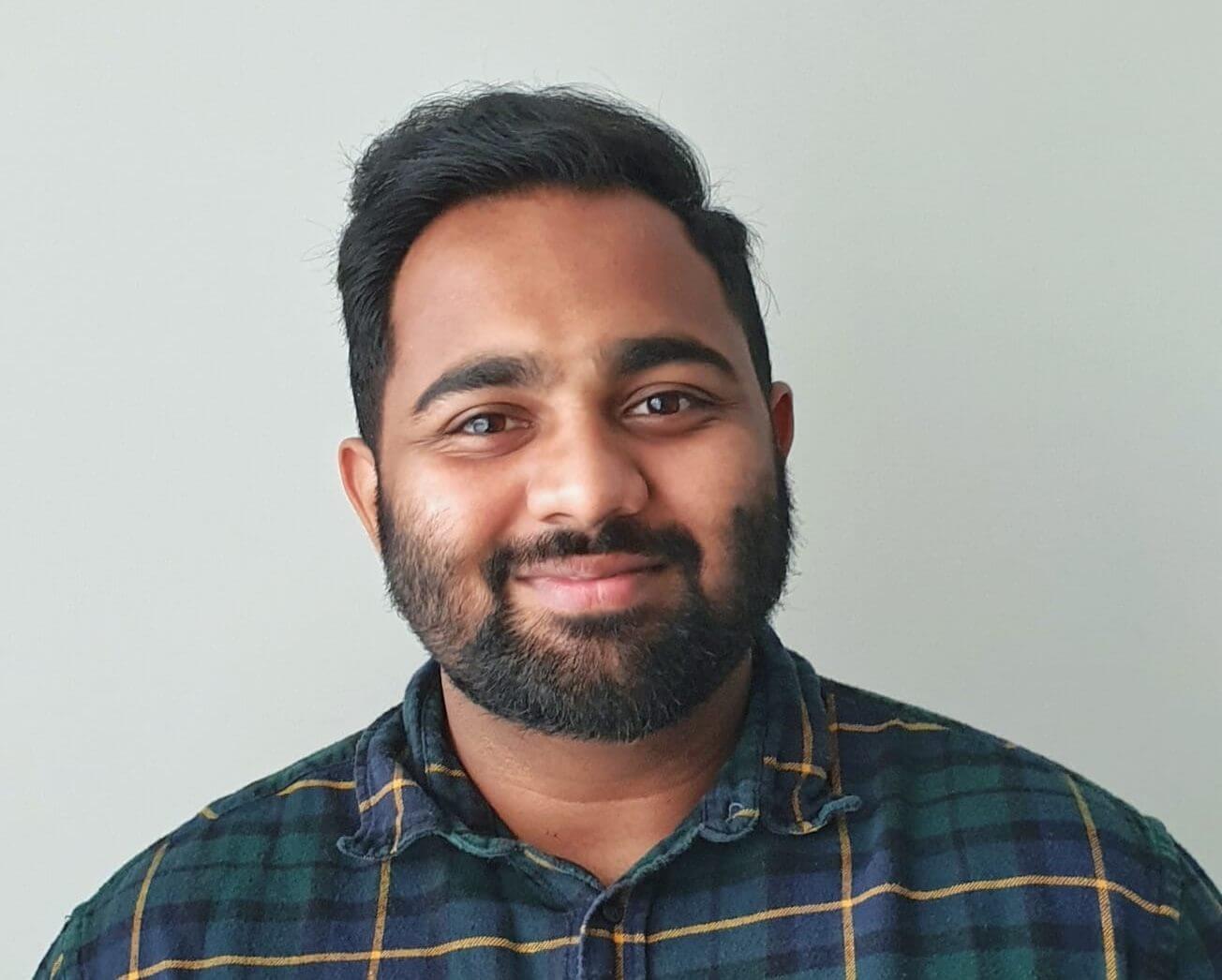 Blackbird’s monthly chat with talented leaders and rising stars in our community, this month with Ajay Prakash, founder of EntryLevel. 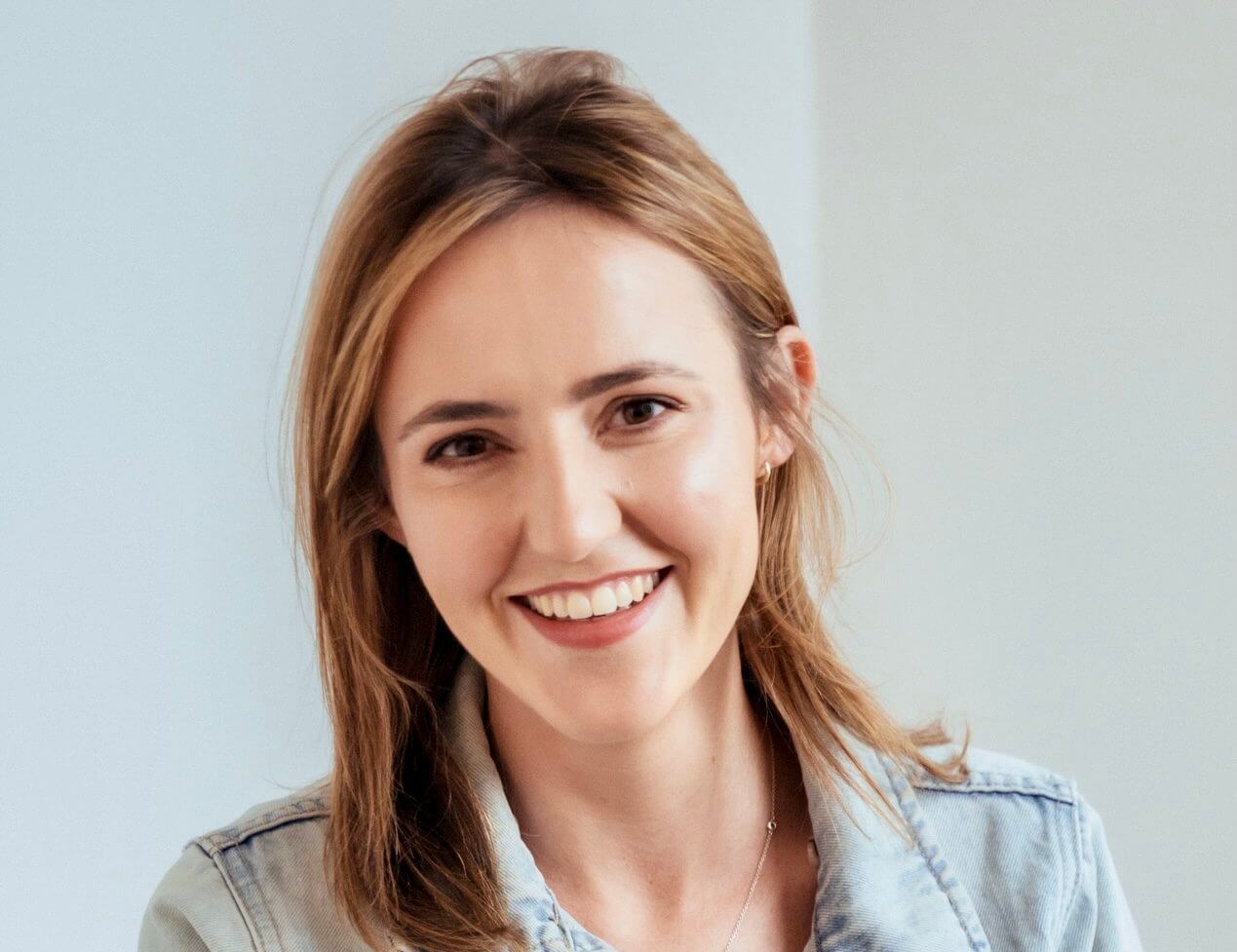 Blackbird’s monthly chat with talented leaders and rising stars in our community, this month with Holly Cardew of Carted. 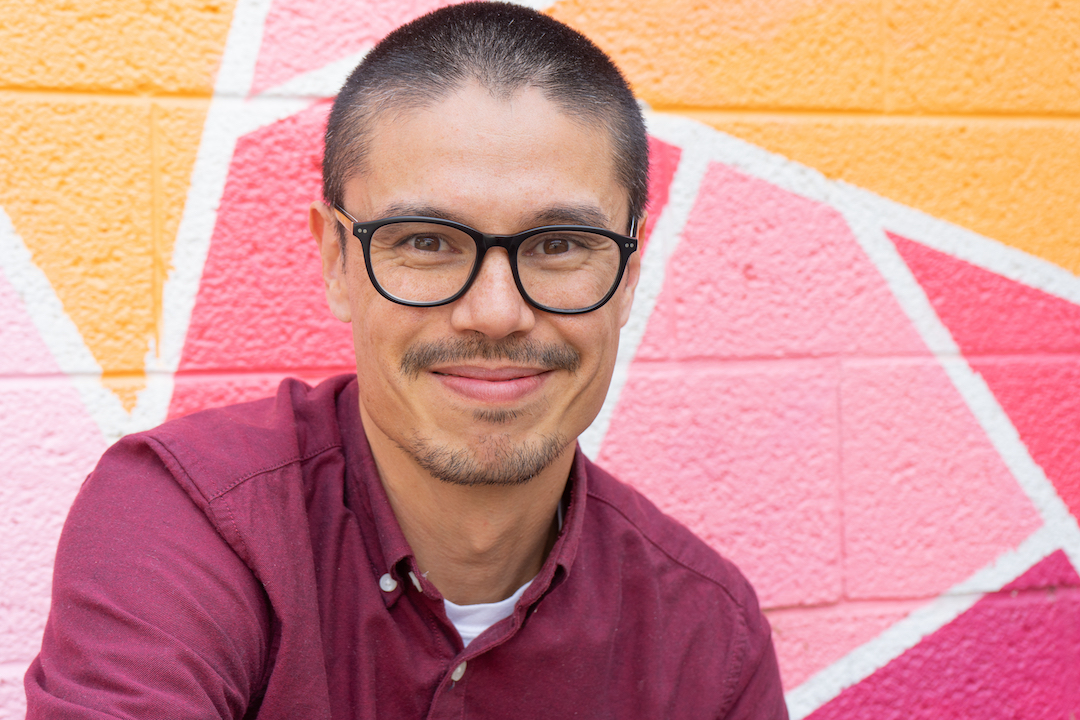 Blackbird’s monthly chat with talented leaders and rising stars in our community, this month with Ben Sze, co-founder of Edrolo.