Welcome to Part 4 of our four part series on Go-To-Market (GTM) and Product-Led Growth (PLG), adapted from a recent Blackbird Founder Academy workshop

Welcome to Part 4 of our four part series on Go-To-Market (GTM) and Product-Led Growth (PLG), adapted from a recent Blackbird Founder Academy workshop.

Part 1 introduced GTM and in Part 2, we dug into the different GTM models and factors that guide designing your GTM strategy. In Part 3, we unpacked Product-Led Growth and introduced you to the “PLG Framework”, a tactical 9-Lever approach for thinking about how to use product better in your GTM. For our final feature in the series, we walk through a case study for the PLG Framework - a journey that is personal and one that I hope emphasizes the point that you don’t need to be a “PLG company” to implement PLG initiatives.

In 2008, my amazing sister Olivia founded Kanopy. She had spent a number of years in the film distribution industry and recognized a niche market opportunity in the B2B market - selling DVDs to universities, public libraries, etc.

You may wonder why a niche B2B DVD market even needed to exist. The answer is twofold. First - these organizations typically sought to purchase different rights to films - specifically, non-theatrical rights which allowed their sharing and public display of films to a non-paying audience (unlike cinemas, which involved displaying films to a paying audience, requiring “theatrical rights”).

Netflix launched its streaming service in 2007, beginning a gradual shift away from its DVD mailing business. By 2010-2011, it was abundantly clear that the future of film, and Kanopy, was digital too. The transition was not immediate - it took time to build the infrastructure and for the market to ready itself - but by mid-2013, Kanopy had all but fully switched to streaming.

At the time we were only servicing universities and in Australia we were playing in a market of 43 customers, while when we glanced across the Pacific, we saw a pool of 6,000 customers. The move to the USA was inevitable and in June 2013 we landed in San Francisco.

Entering the US was not easy - the competition was tough and it took time to land our product strategy and GTM. We had to innovate and focused on four initiatives:

First, content. An internal mantra was “content is king” and during this period, the team signed up rights for some incredible films and collections.

Second, messaging. We refined how we communicated our mission, which was twofold - to support a sustainable filmmaking industry (with a fair and transparent revenue share model) and to democratize access to great cinema. The market cared about this too and the vision resonated well.

Third, UX. We invested heavily in the end user experience. We made a key strategic decision to stop benchmarking ourselves to other academic products and instead baseline ourselves against the best home video streaming platforms. From a product perspective, this shifted us from focusing on the voice of the buyer (universities) to that of the end user (students and faculty).

Fourth, usage-based pricing. The primary pricing model at the time was a “collections model”, whereby companies would package up and sell large collections of films to a university for significant upfront annual licenses. We believed this model didn’t make sense for filmmakers (their films were package-dumped with an opaque revenue model); end users (the content was weaker with this model); universities (paying large upfront licenses for uncertain and often disappointing usage/ROI); and our GTM team (you had to effectively “resell” the customer every year on renewal, a difficult conversation when usage was lacklustre).

So we switched it up and invented a new pricing model called “patron driven acquisition”, which in essence was a pay-per-play model. This new model meant that filmmakers got paid on a formula that was clear and fair (demand-driven); end users got better content (no limits to collection quality and size); universities had ROI literally baked into the pricing (no usage, no cost); and the GTM team had one simple product which they would sell in once and then the customer would be invoiced monthly (no renewals).

After a couple of tough quarters getting set up in the US, we bounced back growing an average of 4% monthly during 2014-2015.

With the product in a good place, the right pricing model (usage-based), a few sales people ramped, and the cogs starting to turn, our focus now fell on marketing - with three key objectives: website, discovery and access.

First, website. Our website was completely orientated to the buyer (the university librarian) and not the end user (student and faculty), which meant that the vast majority of our web traffic was wasted - end users would arrive and hit a call to action of “contact sales”. Our first move was to flip this so that our website was all about the end user, with a call to action of “get started” (moving the buyer sales pitch to less valuable real estate).

When clicking this “get started” button, a user would select their institution from a dropdown menu. If we worked with the institution, they would be directed to their viewing website (driving usage); if we didn’t, they would be directed to a short “request Kanopy” form. These requests were brilliant for sales - imagine pitching a university to buy your product and being armed with 500 unique student and faculty requests from the past year? - and they grew rapidly in volume.

Second, discovery. One of the toughest things with B2B2C models is that selling the customer is only half the job; you then need to market and sell the end users. In our case, when we launched at a university, we were completely reliant on them to advertise us to their students and faculty. The primary method was to set up a profile buried on the library website which, as you can imagine, was not ideal for awareness. But now armed with a website with an end user call to action, we were enabled to begin experimenting with our own initiatives.

Campus-marketing is hard. The beauty of our product was that we carried 30,000 films, many of which had stronger brand recognition than Kanopy itself. To leverage this, we publicly indexed our entire film collection and metadata for SEO so that if someone were to google a specific film, we might appear in the results. A year later, we were indexed for over 20,000 organic keywords and moving up the rankings. SEO drove traffic to the public website, which in turn directed traffic to the viewing websites, and usage = revenue.

Third, access. Another problem we had was that the “viewing websites” we set up for universities (where end users would watch films) each had an unique URL which was masked behind an authentication wall. This added a huge layer of friction, making it difficult to draw users into the offering and impossible to share cross-institutionally. Our technical team figured out a smart fix which allowed us to open all websites publicly, move the authentication process later as a “pop up” when someone clicked to watch a film, and unlock the word-of-mouth through sharing films across institutions and via social media.

Things were going well - the product was strong, our pricing model was spot on, and marketing was now delivering. But we now had another problem…

Our market was too small. Even though we had been growing over this period, our customer base had flatlined. There were still plenty of universities out there, but it was clear that opening up additional opportunities would be important for growth. We ultimately decided that the most logical option was to expand into public libraries.

It wasn’t going to be easy. Working with public libraries necessitated that we significantly leveled up our product - for universities, the expectation was only for web-based access; for public libraries, we needed to build a suite of apps (iPhone, Android, Apple tv, Roku, Chromecast, etc). Public libraries also had slightly different content tastes and we had to bolster our film offering.

Ultimately, the expansion into public libraries was a good move and we grew our customer base over 3x during the next 18 months.

One of the greatest benefits of launching into public libraries caught us by surprise - PR. We had never invested heavily into marketing and had a small marketing team that mainly focused on conferences and branding. But we began to notice this …

Whenever a new public library would launch with Kanopy, we would often be profiled in local publications connected to the library. And often those local publications could have fairly significant circulation, whether it be The New York Times (New York Public Library), Los Angeles Times (LA Library), or the Wall Street Journal (DC Library).

We decided to put some muscle behind this and formalized a process for reaching out and notifying relevant media organizations whenever we launched at a library. The impact was great:

Everything we had done previously for our go-to-market culminated in this moment, and we saw a wonderful “rising tide lifts all boats” flywheel reveal itself: libraries would launch Kanopy, Kanopy would be profiled in PR, we would direct traffic flow to watch or request, and watching would drive revenue whilst requests would steer customer conversations. And throughout the entire journey, we did not spend a single dollar on paid marketing.

I would never describe Kanopy as a “product-led growth company”. At all times, we ran what was fundamentally an enterprise sales process - we attended trade shows, employed field reps, and ran your typical “demo, trial, proposal, implement” sales cycle.

But in spite of that, I’d say we did a decent job at pulling on a number of the right PLG Framework levers (discussed in Part 3) in our go-to-market.

Specifically, the levers we pulled on were:

1: Main target... switching our website and UX to be orientated to the individual end user and not the enterprise buyer

2: Method of acquisition... investing in SEO and a website experience to better drive and direct organic traffic (buoyed by PR)

6: Pricing model... innovating a usage based pricing model, which unlocked the ability to sign up more content and customers and grow with our product

8: Engagement... entirely removing the friction of sales renewals and moving to a simple monthly invoicing process with usage driving the “upsell” process

I should also say that we definitely did not have this strategy fleshed out and planned from the start. As with all startup journeys, we were constantly experimenting, figuring things out as we went, and no doubt benefiting from a good dose of luck!

A big shout out to the amazing Kanopy team - a lot of great people played a significant role in this story.

I hope you’ve enjoyed this series on GTM and PLG. You can revisit Part 1, Part 2 or Part 3 or get in touch with me on Twitter at @Tomhums to let me know what you think. 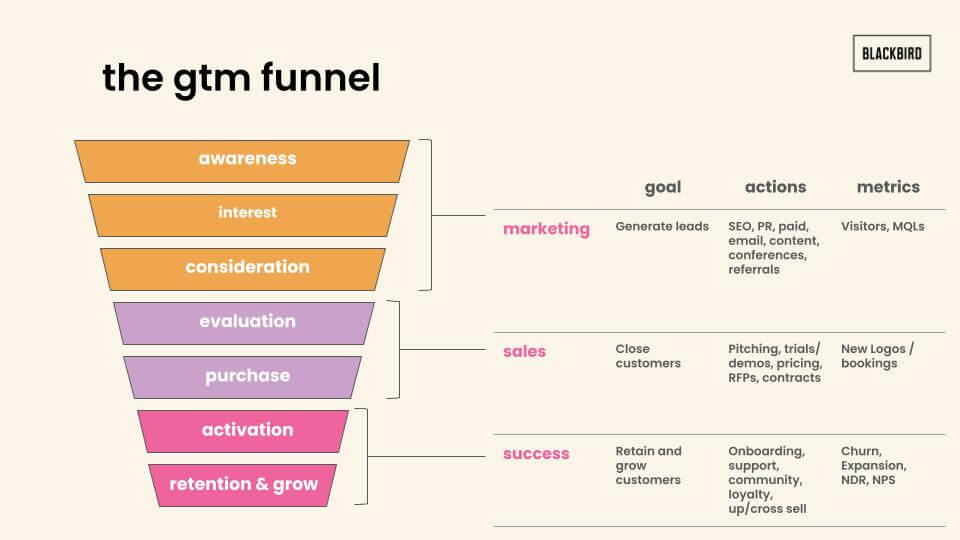 In the first of this four part series, Blackbird Principal Tom Humphrey shares the foundational principles of go-to-market. 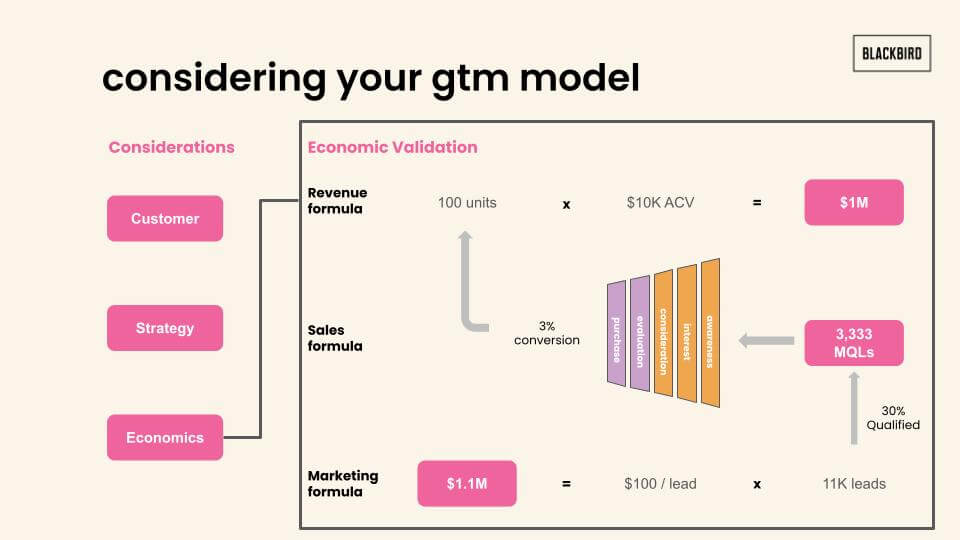 Part 2: WTF is GTMF + PLG? Many Journeys to Success

In part two of this four part series, Blackbird Principal Tom Humphrey digs into the different GTM models and the factors that guide designing your strategy 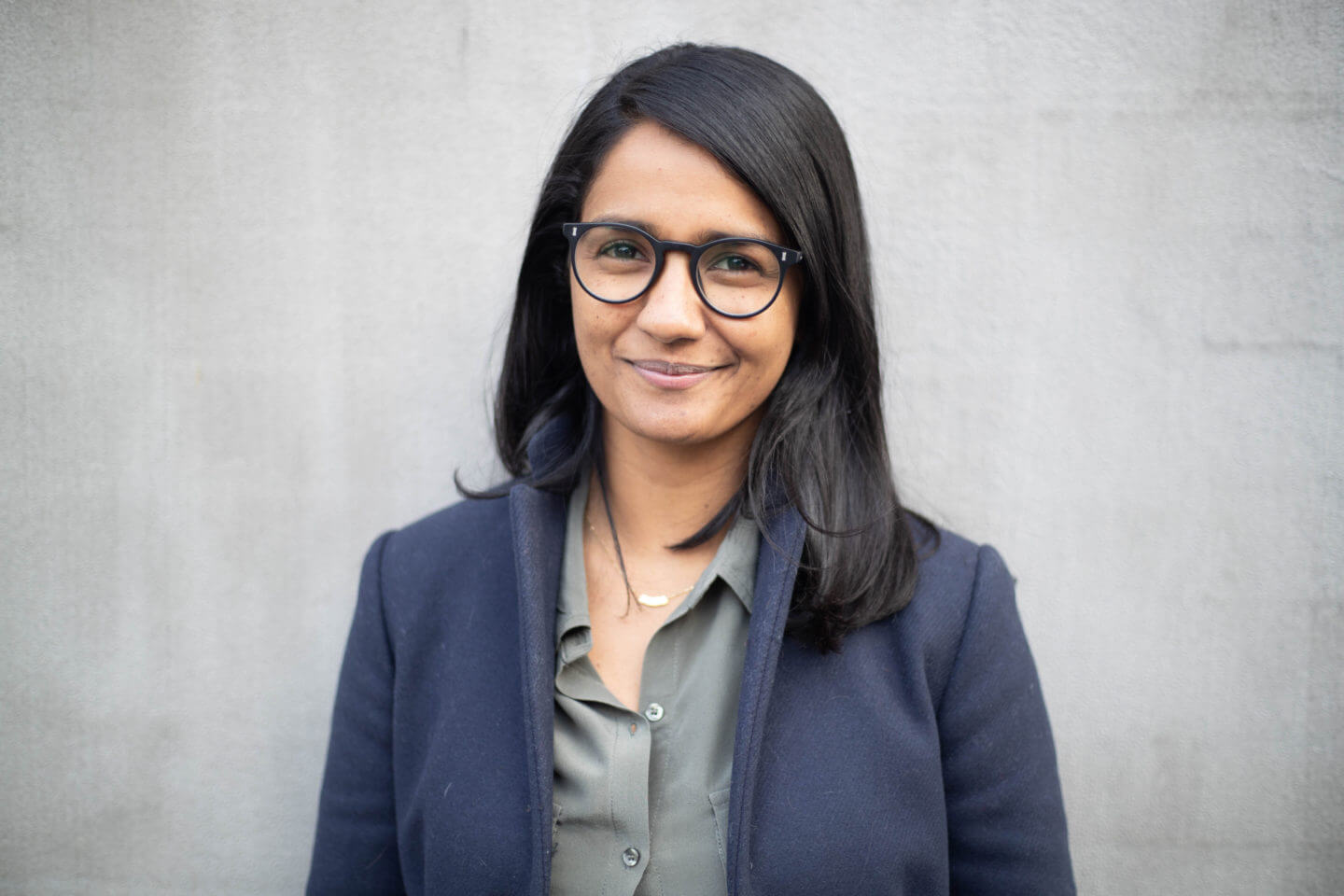 Sales as a Science with Nikki Brown